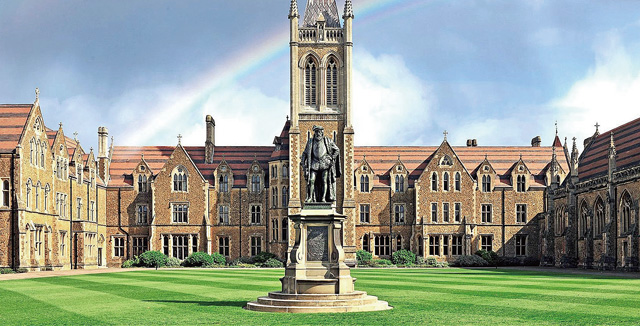 Twelve houses provide comfortable, modern accommodation. All have been recently refurbished, and most pupils have single study-bedrooms. Pastoral care is a very high priority; housemasters and matrons reside in the houses and are assisted by teams of tutors. Girls, who enter in the sixth form, are fully integrated into the houses, where they have day studies, and have their own comfortable overnight accommodation.

Remark: #Inclusive of tuition fees but exclusive of miscellaneous fees, such as uniform, extracurricular activities